Billy runs a minecraft server. He wants to know which block was rolled back. Can you help him?

The first step is extracting the files from the gz file.

We can see that there was just one file compressed, called co_block.sql

We can analyse the first lines of the file using head command: 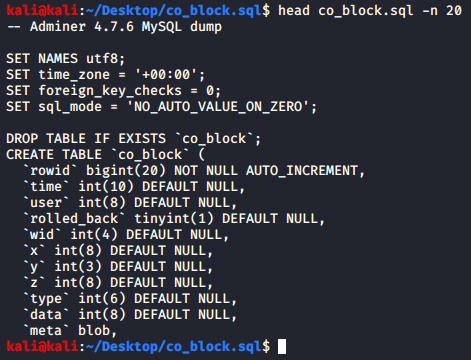 At this point, we realised that the file contains some queries that can be run by MySQL.

So, let’s go ahead and start MySQL:

Now, we need to create a new database and run the queries in the sql file by issuing the following commands:

Now that we have successfully imported the database, we can enumerate its tables and columns by executing some SHOW and DESCRIBE queries: 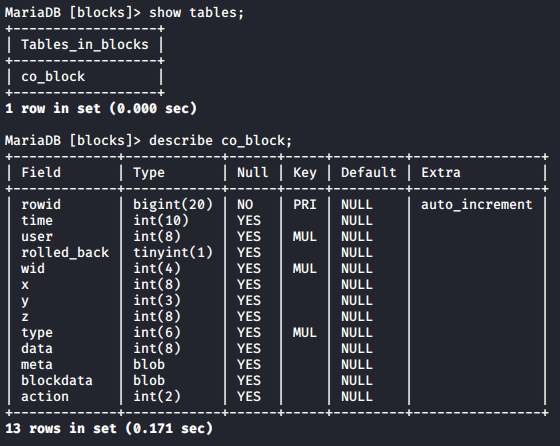 To conclude we just need to retrieve the row where rolled_back is set to 1:

And now we have the flag.

This challenge was solved by my team, ducks0ci3ty.